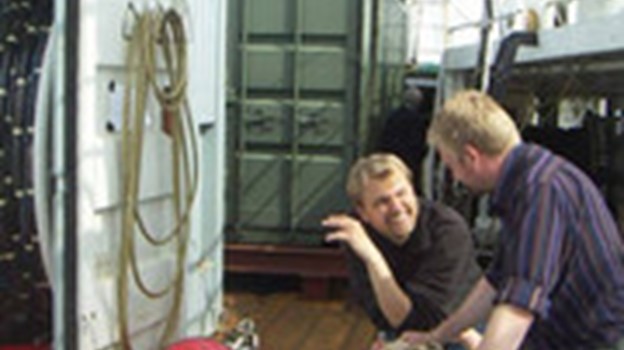 Figure 1. (b) Seismic acquisition equipment, in two containers aboard the Magnus Heinason.

During the first half of 2007 we formulated and carried out plans for the acquisition of the seismic data for the project: GlyVeSTMaP (Glyvursnes-Vestmanna Seismic Tie). Our geophysical team included, from NVD, Prof. Jim Brown and PhD students Hilmar Simonsen and Khanh Nguyen; from Aarhus University, Per Trinhammer; from Jarðfeingi, Uni Petersen, Finn Mørk and Thomas Varming; from GEUS, Prof. Morten Sparre Andersen; from Cambridge University, Prof. Bob White, as well as several other people at these and other institututions.

We also made preparations by improving our data-processing capability, carrying out a major upgrade of our Linux cluster (Teyggjan) in 2007. We also began setting up the initial data-processing flows in ProMAX, state-of-the-art seismic data-processing software, requiring a high-performance computer like Teyggjan for best results.

In July 2007, our team carried out the seismic survey to acquire the GlyVeST seismic data. For this marine program we hired the seismic acquisition equipment from the University of Aarhus. In addition, we coordinated with Fiskirannsóknarstovan and hired their research vessel, the Magnus Heinason, complete with crew and backup staff.

Figure 1. (a) Marine seismicdata profiles (blue lines) acquired in the GlyVeST survey. The stippled red line was acquired by Jarðfeingi but is available to us.

We acquired seismic data along three marine seismic-reflection profiles and one land profile. The marine lines (Figure 1) were a ~50-km line through Vestmannasund, past Kirkjubønes, tying to an industry line south of Nolsoy; a second profile ~30 km long from Tangafjørður, past Glyvursnes and Kirkjubønes, and a third one running northeast from near Kaldbaksnes past Klaksvík, tying to another industry line. The 20 multicomponent seismometers were deployed on a land profile from Slættanes to Skálavík (Figure 2), mostly along the west coast of Streymoy.

Figure 2. (a) Installing multicomponent seismometers on the west coast of Streymoy. (b) Close-up showing seismometer (foreground), 12-volt battery, and GPS antenna (on post).

Our objectives are to map structure and stratigraphy in the basalt successions between these wells, to further study concepts of subbasalt seismic imaging, and to further investigate the propagation of seismic waves in basalts. This includes, for example, investigating lateral variations (inhomogeneity) and directional variations (anisotropy) in seismic properties and confirming (or disproving) a large change in thickness of the Middle Basalt Formation of the Faroe Islands from ~1400 m at Vestmanna to ~1050 m at Glyvursnes, as indicated by earlier results.

Work is now continuing on the processing and interpretation of the GlyVeST data, as well as industry data from a couple of adjoining profiles. The data are being analyzed in at least three thesis research programs: two PhD studies at NVD and one MSc study at Cambridge.