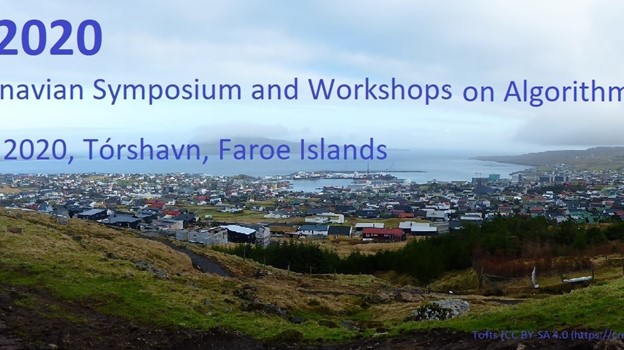 From June 22 to June 24, the University of the Faroe Islands will host the 17th Scandinavian Symposium and Workshops on Algorithm Theory (SWAT2020).

This conference will attract computer scientists from all over the world to Tórshavn, where they will present and discuss the newest research in design and analysis of algorithms and data structures.

The Scandinavian Symposium and Workshops on Algorithm Theory (SWAT) is an biannual conference, held on even numbered years, whose goal it is to provide a forum for scientists to meet, present their work, interact, and establish collaborations, in order to promote research in the field of Algorithm Theory.

The first SWAT took place in 1988 in Halmstad, Sweden, and the conference has been held in a number of major locations in Northern Europe, such as Copenhagen, Stockholm, Helsinki, Riga and Bergen.

The keynote speakers at this year's conference are Fedor Fomin and Jukka Suomela.

More information about the conference can be found here.