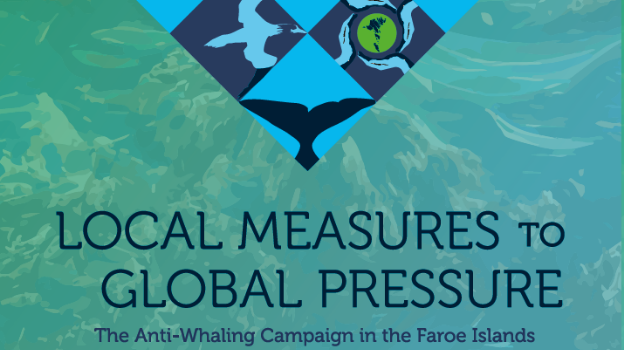 The book is about changing conceptualizations about whales and what effect this paradigm shift has had on pilot whaling in the Faroe Islands.

Pilot whaling has been a contentious tradition and source of international stigma for the Faroese since the first international campaigns to stop it were launched in 1985. The manners and talking points surrounding pilot whaling have persisted largely unchanged since then. It is argued here that the central disagreement underlying this debate is on diverging views on how people should interact with their surrounding environment and resources.

The book is divided into four parts. The broader context of the anti-whaling movement is first examined with a special focus on the transformation of public sentiments around whales from resource to cultural icon. The second part zooms in on the Faroese practice of whaling, its cultural significance, and how an international opposition against it first began. The third part closely examines the arguments of critics and proponents and evaluates how this corresponds with their respective views on man and nature. Finally, the legacy of the conflict is evaluated with a focus on how it affected policymaking in the immediate aftermath of the 1980s protests.

The cover is by Antonio Castello.

The book is available in the local bookstores.

Arnbjørn Mortensen (b. 1991) is from Hoyvík, Faroe Islands. In 2017 he received his B.A. in history from University of Wisconsin-Superior. He completed his M.A. in global history in 2021 with a joint degree from Freie Universität Berlin and Humboldt Universität zu Berlin. The book is his Master thesis. His research areas include identity, nationalism, and globalization.